Celtic Kombu Matcha Collaboration: we have teamed up with Mara Seaweed to bring you a new Matcha like no other!

Here at eteaket, we have pioneered an innovative collaboration with Mara Seaweed to produce the first ever ‘Celtic Kombu Matcha’ tea.

A fusion of Ceremonial Grade Japanese Matcha tea and Scottish wild-havested Kombu Kelp.  It sounds pretty amazing right? And trust us, it really is… 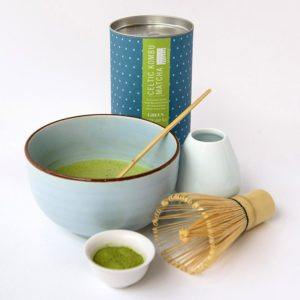 To celebrate our 10 year anniversary, we have launched a new Matcha tea which is very special indeed.  We have fused our Japanese Ceremonial Grade Mighty Matcha tea with Mara Seaweed’s sustainable wild-harvested Kombu Kelp… from the deep sea around Scotland!

We are constantly searching for new, innovative and ethically sourced blends to share with you.  When Erica went back to Japan in 2017, she fell further in love with Matcha.  After enjoying a cup daily in Japan, she felt healthier than when she had arrived!  Not only this, Erica was adamant that she felt more alert and more relaxed – and that is pretty desirable!  After meeting a farmer in the Uji Region of Japan, she tried some of his Ceremonial Matcha (the highest grade of Matcha available)!  Erica knew we had to have it.  You will now find this amazing Ceremonial Matcha (Mighty Matcha) in our Concept Store, Tea Room and online.  We can’t get enough of it, it’s too good…

So, what is Kombu Kelp, you may ask? Let us tell you! 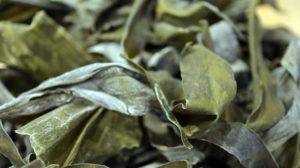 Kombu Kelp Seaweed (also known as Kelp) is a deep sea vegetable.  It has long been the food of Emperors in Japan who have understood the huge range of health benefits from its nutrient and mineral content.  Tests show that it is high in iodine, magnesium, potassium, manganese, zinc and fibre.  This amazing kelp is also a source of protein which is great news for vegans and vegetarians.

Kombu has a sweetness and the fifth taste, umami was discovered by the Japanese through an evaluative study.  Kombu grows on the extremity of the lower tidal zone and lives for 3 to 4 years.

As two innovative, independent, woman-run Scottish companies, it could not have been more exciting for us to have joined forces.

Mara Seaweed is the UK’s most innovative seaweed brand which was grown from two mums’ passion to bring Scotland’s ancient forgotten foods back onto the menu in 2011.  CEO Fiona Houston has been pioneering development and creating an immense value to Scotland’s local seaweeds ever since.  Mara’s award-winning range of seaweed seasonings and ingredients are now sold out throughout the UK and worldwide.

Here are some potential super-food benefits of drinking our Celtic Kombu Matcha:

How to get the most out of your Celtic Kombu Matcha… 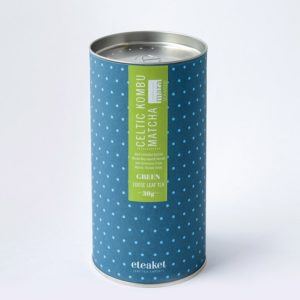 Would you like to enjoy the benefits mentioned above? You can enjoy Celtic Kombu Matcha in a number of different ways.  Drink it straight up, in a latte or in your breakfast shake!  But those are not the only ways that you can enjoy it.  Why not mix it in with your porridge or yogurt?  You can even put it into your salads for that extra nutritional benefit!  Cooking or baking with it is also a favourite of ours… A Celtic Kombu Matcha recipe blog will follow this one so watch out for that!

Dying to try it now?  We can’t imagine life before it.  You can get yours online here, pop into our Concept Store (111 Rose Street) or our Tea Room (41 Frederick St). 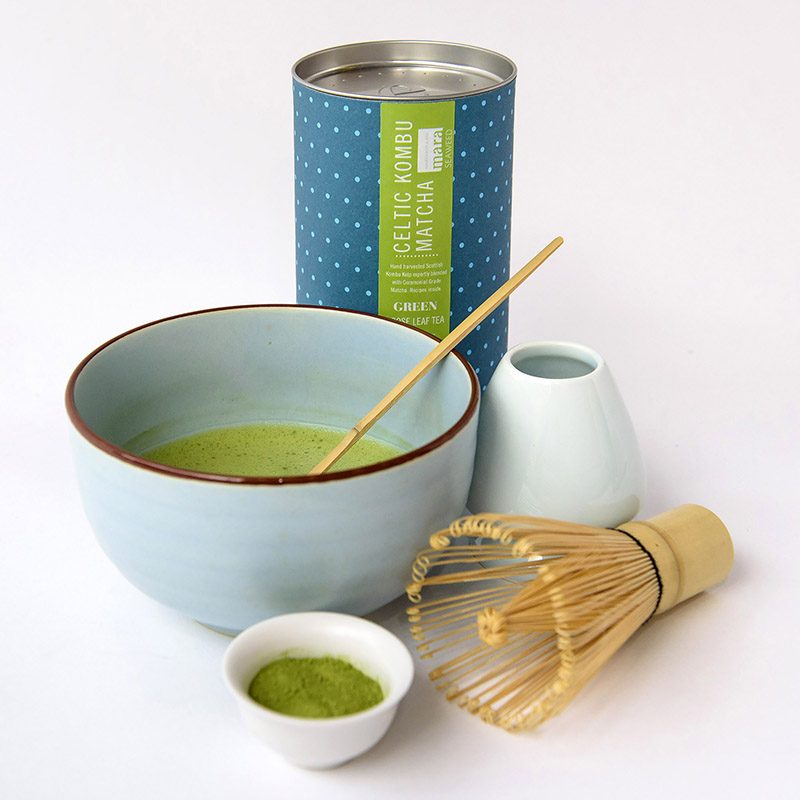