We are now offering free UK delivery for orders over £15.  We will get through this together. 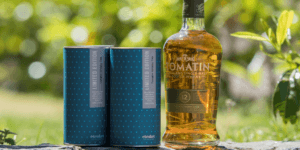 I’m thrilled to announce the launch of Europe’s first barrel aged tea with eteaket’s Tomatin Whisky Black Tea. Rich in heritage, tradition and craftsmanship, whisky and tea are time-honoured beverages that have both forged strong identities throughout the years. Born in the early 15th and 16th centuries respectively, and recognised today across every corner of the globe, this year sees the coming together of these two blends as we join forces with the renowned Tomatin Distillery, which has been distilling whisky in the heart of the Highlands since 1897, to create a limited edition Whisky Barrel Aged Black Tea – the first ever tea to be ‘distilled’ in Europe!

Taking inspiration from our Far Eastern counterparts, eteaket’s barrel aged tea is created using a blend of three black teas from Assam, Ceylon and Fujian, with each having a unique ability to absorb flavours and aromas over time. For this very reason, the tea leaves are ‘aged’ in Tomatin’s own whisky barrels, used to create their single malt, to pick up the complex smoky, fruity aromas that elevate the flavour, without overwhelming the tea leaves themselves. 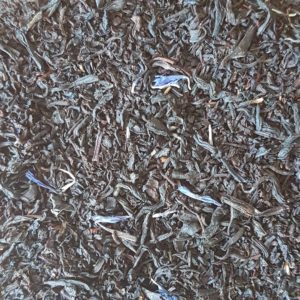 I’m excited to be introducing a brand new whisky tea experience like no other. To be enjoyed by whisky enthusiasts and tea lovers alike, our innovative whisky barrel aged tea brings to life the delicate flavours of the finest black teas, heightened by the barrel ageing process that gives Tomatin’s whisky it’s mellow and fruity aroma.

Jennifer Masson, Marketing Manager at Tomatin, was instantly intrigued about the concept and was eager to explore how we could collaborate. Following several trials – and a few raised eyebrows from the distillery men – we succeeded in producing a product which matched up to the vision. I’m delighted to be working with Tomatin, the recent winner of Brand Innovator Of The Year 2017 at the Icons of Whisky Awards. This launch matches their truly unique and creative flair.

At eteaket, we’ve been working on a whisky tea blend for a couple of years and there has been lots of experimenting, tasting and even the occasional sketching but finally everything came together with our barrel ageing idea. Our interest was initially piqued when we ran some tea and whisky pairing events with the Scotch Whisky Experience in Edinburgh a few years ago. We were stuck by the similarities between these two wonderful beverages and just how well whiskys from different regions paired with single-estate teas from all over the world. 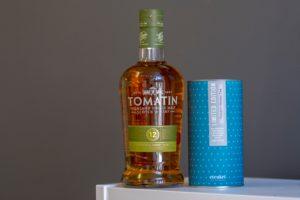 I find the history of tea fascinating and hugely inspiring since Scottish merchants have shaped so much of that history. It was Scottish born Robert Fortune that first smuggled tea bushes out of China in 1848 on behalf of the British East India Company and another Scot, James Taylor, who is credited with setting up the first commercial tea garden in Sri Lanka in 1867. Similarly, Scotland and Whisky are obviously extremely intertwined. It’s where the two industries overlap that things get even more interesting. Did you know that a Scottish grocer called Johnnie Walker (1805-1857) originated one of the world’s most famous whisky brands (even though he was a teetotaler)? And did you know that it was actually his son, Alexander Walker, who had spent time learning the art of tea blending with a Glasgow tea merchant who put those tea blending skills to use when he took over the grocery business and created Johnnie Walker Black Label – the blend that made Johnnie Walker famous?

We’re grateful to the wonderful team at the Tomatin Distillery for getting behind us on this project (although they did think we were having a laugh initially!), to all our team for the numerous taste tests and to our local aluminium fabricator. Most importantly though, hats off to our General Manager Angela Lyons whose shear tenacity and vision has really seen this project to fruition. There certainly is never a dull moment here at eteaket.

eteaket’s limited edition Tomatin Whisky Tea comes in a distinctive turquoise tin and makes a perfect gift for the whisky and tea lover alike (£6.95 for 50g, which is enough for at least 20 pots). We guarantee any no.1 Dad would be very happy indeed with this on Father’ Day. Don’t forget to browse our Father’s Day gift selection if you’re looking for inspiration. 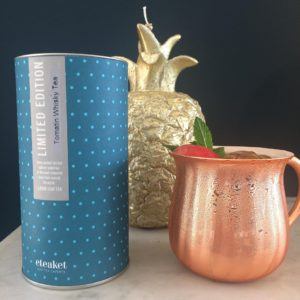 The tea is perfect served hot in the traditional way. It’s also works very well at ambient temperature, paired with Tomatin 12 year old whisky. Watch this space for more information on tea and whisky pairings… if it’s good enough for Queen Victoria! Personally, I recommend you try a cold brew version or push the boat out and dive right into a tea cocktail. Here are some recipes for your to try. Please experiment and do send us photos of your creations and any other recipes you come up with.

• Brew around 6g (2 tsp) of Tomatin Whisky Tea in 500ml cold water for 3-12 hours depending on taste preference.

• Add a little honey to sweeten to taste

• Serve in a class with ice and a slice of orange.

• Pour Tomatin 12yr old over ice in a Highball glass.

• Place 2 orange wheels into the glass and then build with chilled Tomatin Whisky Tea, clear apple juice and a dash of peach bitters.

• Stir and garnish with a sprig of mint and fresh peach wedge. 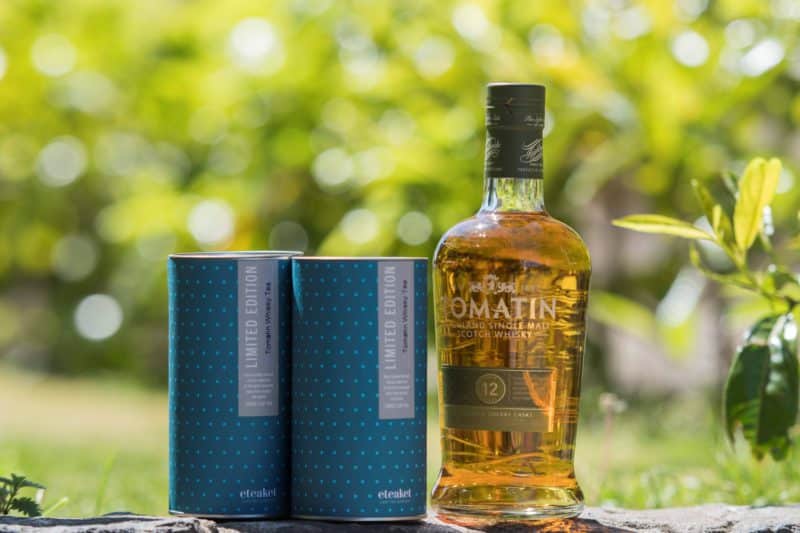