Our 5 Shades of Earl Grey Box is here #teainmind

We’re most definitely in the depths of Winter at the moment, which, according to eteaket’s Tea In Mind system & the Chinese Five Elements philosophy, relates to the Water Element & your kidneys & bladder. 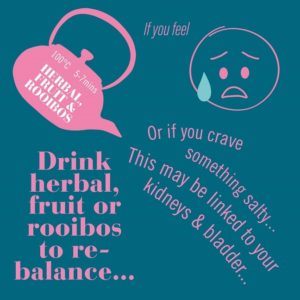 It’s vital that we aim to keep our mind, body & spirit balanced, particularly at the moment with so much turmoil around. By keeping our Water element balanced, we’ll be able to remain calm, steady and grounded so we’re prepared for the growth time of Spring that lies ahead.

If the Water element is imbalanced, this might show up within your kidneys and bladder area, then according to the Five Elements theory drinking some oolong teas (Earth element teas) may help to bring some focus and to help you control any feelings of fear or anxiety. Our new batch of GABA Oolong is perfect for this. 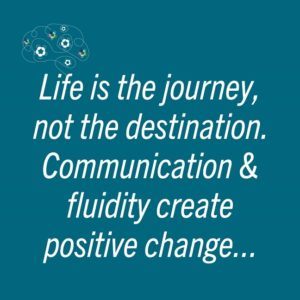 WHAT IS GABA TEA?

Our GABA Oolong is from Nantou County in Taiwan, harvested Spring 2020 but what actually is it? Well, we have the Japanese to thank for the discovery of GABA. In particular Dr. Tsushima Tojiro at the National Institute of Tea who in 1984 discovered that producing tea in an environment without oxygen (anaerobic conditions) actually encourages the conversion of glutamate to something called Gamma-Amino Buytric Acid (or GABA for short!) Apparently GABA is actually a chemical messenger or neurotransmitter (yes tea is that cool) that naturally occurs in the brain and helps ensure that information reaching your brain is fast and effective. We could all do with some of that I’m sure! 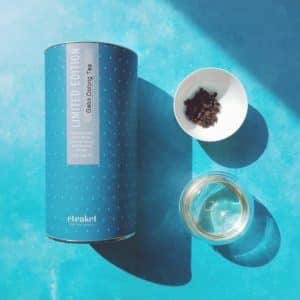 The wonderful thing is, GABA is found naturally in Camellia Sinensis (the amazing plant where all tea comes from) but by oxidising tea in a high nitrogen, oxygen free (anaerobic) environment instead of oxygen during the oxidisation process the amount of GABA is significantly increased because the glutamic acid in the leaves is converted to GABA. There have been further studies that have shown it is possible to gain even higher GABA levels by shading the tea bushes for about 2 weeks before picking. Pretty clever huh! To meet Japanese standards and be labelled GABA tea, it should contain a minimum of 150mg of GABA per 100g dry weight.

WHAT ARE THE POTENTIAL HEALTH BENEFITS?

GABA is very popular in Japan being found in drinks, cakes, chocolate and anything digestible really. It has a cult following in Japan much like Matcha for its apparent health benefits and natural calming properties. The positive effects that GABA can have on your whole well-being have long been studied. Lots of research has been published on GABA including in a journal named ‘biofactors’ who noted that it had many positive effects on users overall well-being. According to that journal, some of the positive effects that the tea might have are: 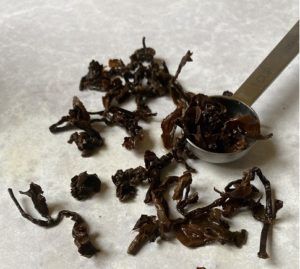 Who knows for sure but I can certainly testify to its calming properties. Anything that might aid sleep and reduce stress levels is very important for our overall wellness. The average adult should be getting around 7 – 9 hours’ sleep per night but with the introduction of blue light devices and never ending to-do lists more and more adults are failing to get enough sleep.

It should be noted that tea is not medicine and there is much debate about some of the GABA health claims. Whether the reported benefits are true or not, it’s a stunning drink with a velvety, earthy aroma and surprising fruity notes. Whether you’re keen to try out some of the potential health claims or not it’s worth getting simply for its taste appeal.

A WORD ON METAL ELEMENT TEAS

While Oolongs will help to control imbalances within the Water element, for added support, it’s a good idea to drink some caffeine free herbal infusions as well (particularly after 4pm). My favourite at the moment is Nettle & Petal, a simple yet effective blend of nettle leaves and chamomile flowers. In ancient Chinese medicine, herbal infusions (relating to the Metal Element) are also reported to help rebalance your emotions. 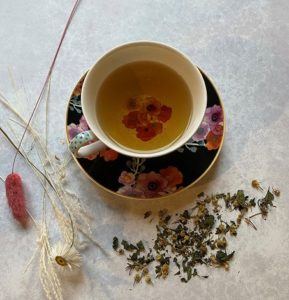 While your tea’s brewing today, my suggested Tea Routine is to sit quietly and really listen to any niggles or anxieties, listen to what your mind’s trying to tell you, work out if it’s true or imagined then replace it with something more useful.

What type of teas are you drawn to most at the moment? Let us know how you get on with your Tea Routines @eteaket

A post shared by eteaket Tea by @eteaket_erica (@eteaket)