We now offer free UK delivery for orders over £15!

Last October we came together with Edinburgh’s favorite pizza company, Civerinos and decided that Edinburgh needed Matcha Pizza. We handed them our ceremonial Matcha tea and left them to work their magic. The result was a green grandma slice named Marco Polo. The pizza was sold at Civerino Slice for a limited time in October. The slice proved popular with customers looking for something out of the norm. Our Ceremonial Matcha complemented Civerinos mouthwatering dough and tomato sugo. 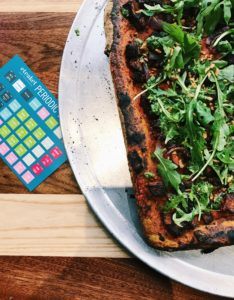 Matcha has been around since the 12th Century. When the Zen Buddhists discovered it, we are sure they pictured it being used in Pizza! This is why Civerinos and leaf tea experts’ eteaket have teamed up to create a Matcha Pizza, high in energy and taste. Matcha is typically from Japan where it is shade grown before being ground into a fine powder using stone mills. Often ground at night to help preserve the healthy nutrients, Matcha is a labour of love. Much like Civerinos dough (which they let sit for 72 hours) good things take time. Matcha is used in traditional Japanese tea ceremonies which last for hours; they can create an out of body experience.

Often considered a superfood, matcha is a fantastic way of giving your body a boost when it needs it most. Matcha is reportedly naturally high in flavonoids and catechins – which are thought may have a positive effect on the body. Apparently, just one teaspoon has 60x more antioxidants than spinach.

Some studies report that sipping on one cup of matcha is the equivalent of drinking 10 cups of regular green tea, so what are you waiting for? Dive into the wonderful and mystical world of matcha, steeped in tradition and experience the benefits for yourself. 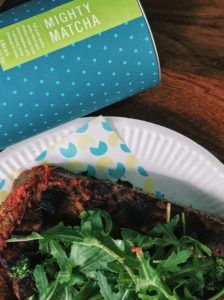 Matcha has been around since the 12th Century. When the Zen Buddhists discovered it, we are sure they pictured it being used in Pizza! This is why Civerinos and leaf tea experts’ eteaket teamed up to create a Matcha Pizza that is high in energy and taste. Just like the famous explorer Marco Polo, both Civerinos and eteaket refuse to stay within their comforts zone. The result of this collaboration is an autumnal themed grandma slice named Marco Polo which is infused with eteaket`s Mighty Matcha.

The slice was topped with Civerinos famous sugo, patatas bravas, rocket and Asian onion. This Grandma Slice is completely vegan and will make you green with envy. For those who prefer a classic, Civerinos was offering their famous margarita with a Matcha base on a Grandma Slice. 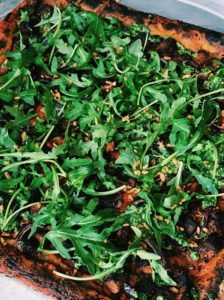 Civerinos is a progressive style of New York eatery specializing in pizza, Italian family recipes, street food and beer. Opened in 2014 by Michele & Olivia Civiera the initial flag ship restaurant boasts two sister units; Civerinos slice & The High Dive.  Civerinos offers an authentic, independent & relaxed dining experience. Their menus are dominated by the famous Civerinos pizza which they know takes time and care to create a better product. All their dough is cured for 72 hours to create a superior flavor and a quality slice. Civerinos prides themselves on being a family run company that is part of the Edinburgh community, a beloved institution. 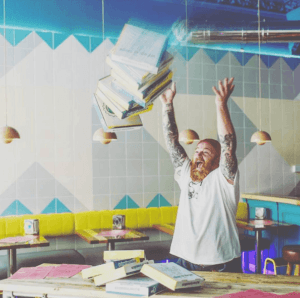 A huge thank you to Civerinos for taking the idea of a tea pizza and running with it!

Would you like to see us do another collaboration? Let us know what kind of tea-pizza you would like next! 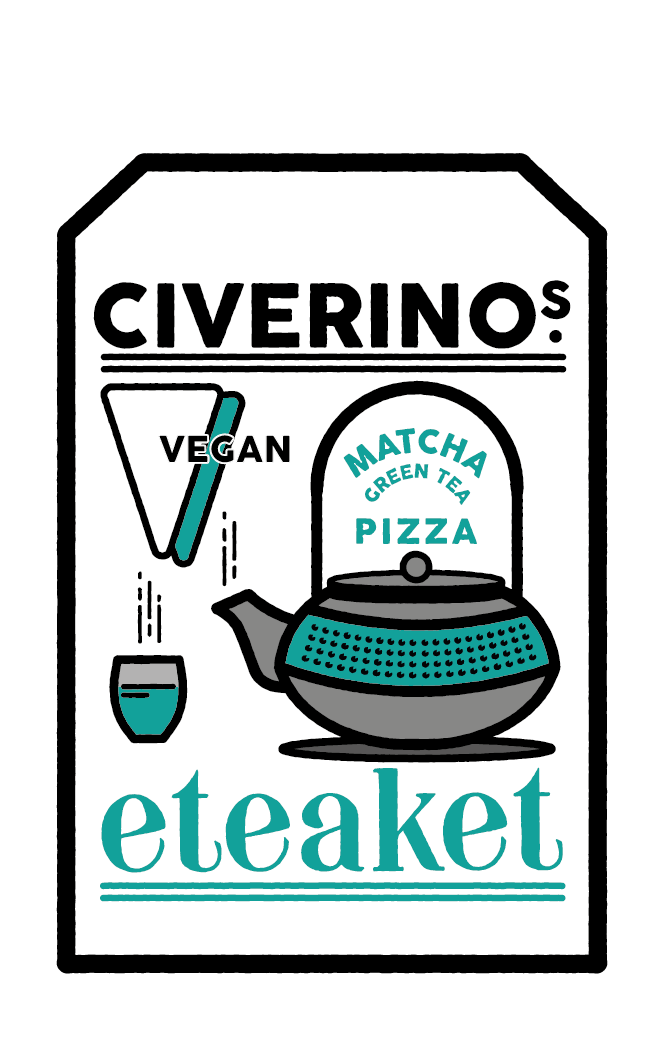