Home > eteaket Blog > Spring into the Year of the Water Tiger

Spring into the Year of the Water Tiger

Get ready to spring into the Year of the Water Tiger… 1 February 2022 heralds a new moon, the beginning of spring and Lunar New Year (or Chinese New Year if you’re celebrating the holiday within China).

The Year of the Water Tiger

2022 is the Year of the Tiger, the third in the 12-animal Chinese zodiac cycle. Each Chinese year is also one of the five elements (Water, Wood, Fire, Earth, and Metal). The Water Tiger which may thankfully be a more open-minded tiger than might initially come to mind. So with a little bit of luck, hopefully we can look forward to more connection, achievement and determination this year!

To help you celebrate, we’re sharing 20% off three of our favourite Chinese teas. Simply use the code WATERTIGER during checkout to claim your discount. Be quick, the offer ends soon!* 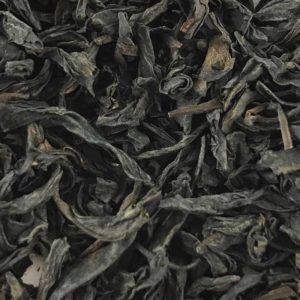 Da Hong Pao – also known as Big Red Robe is one of the finest Oolong teas from China.  It is a rare tea which makes it incredibly special.  Moreover, it is grown within the UNESCO world heritage site of the Wuyi Mountains – within the Wuyishan reserve.  You will also hear Da Hong Pao referred to as ‘rock tea’ because of the high mountain rock beneath the soil.  This enriches the soil in a unique way.

The liquor of Big Red Robe is a dark amber/ oaky colour, yet the flavour profile boasts a light character with a slightly sweet and smooth taste.  The rounded, earthy notes balance this brew to perfection.

The Nan Nuo pure mountain tea is a limited edition tea cake produced in Xishuangbanna, Yunnan. The leaves are a 2019 vintage and are characterized by a sweet cup with bitter notes and astringent aromas reappearing in the aftertaste.

Tea Cakes, known as Beeng Cha, are created through an extensive process, overseen by the skill and experience of the tea master. Among the many steps; harvested teas are handpicked and dried in the sun to remove the initial moisture. They then undergo firing in a wok and then delicately hand rolled before undergoing a longer drying process. A shou pu’erh will undergo a further fermenting process before being compressed and aged.

Dragonwell, also known in China as Lung Ching or Longjing tea (龙井茶), has been a firm favourite amongst green tea drinkers for centuries. Its history can be dated back to 15th century China, during the Qing Dynasty.

There are many legends surrounding its origins, but by the 16th century it had received Gong Cha status by the Qianlong Emperor, designating it an imperial tea. He had visited the area on holiday one year and was so impressed by the quality of tea he was served, he wanted to elevate it in some way. It is said that the original 18 tea bushes that received the designation are still being harvested to this day.

Its name is said to come from an ancient well in the area that contains particularly dense water. When it rains, the lighter droplets float above the well water and move and twist in a way that is supposed to resemble a Chinese dragon. This tea is special to the area it’s grown in and it is only certified Dragonwell if it’s grown in the 65m² zone of the National Designated Protected Zone in the Zhejiang province.

A Tea Routine for the Water Element

The Water Element is all about ‘being’ rather than ‘doing’ so while your teas are brewing this week try and incorporate more downtime and dreamtime into your days. If you can do that while immersed in water then you get double points! You might find it helpful to let go of strict schedules this week and seek to go with the flow more. Try adding more black into your life, even a little touch like a black piece of jewellery, a black ornament or a black towel. And finally, stay well hydrated (did you know that about 40% of our daily fluid intake in Britain comes from tea?)